Valerii former World and European Champion in acrobatic gymnastics and  professional circus artist with 12 years of experience in a variety show performances and theaters including Cirque du Soleil shows (Wintuk 2010, OVO 2008 and Saltimbanco 2012) .

He began study acrobatic gymnastics in Ukraine when he was 5 , coached by Nikolay Luchko -( Valerii's  father and coach with 30 years acro-gymnastics coaching experience) and  Yuriy Koshuba - 1977 European Champion and National Team Coach.

In 2005 Valerii graduated from National University of Physical Training and Sport , Kiev , Ukraine. Qualified as a acrobatic gymnastics coach and instructor of physical training. 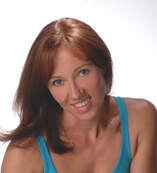 ​YULIYA RAKOVA
Ballet Instructor
​    Yuliya Rakova was born in Russia and began her ballet training at the age of ten at the Perm State choreographic college in Russia, home of the famed Russian ballet traditions, where her studies included classical ballet, history of theater, history of art and music, acting, stage makeup, history of European and American ballet, character, historic dance, and pas de deux. Upon graduation in 1995, she was invited to join the Perm Tchaikovsky Opera and Ballet Theater. Ms. Rakova danced with the company for five years before moving to Moscow. She joined Moscow Dance Theater of Alexei Fadeechev as a soloist. She was featured in the modern dance choreographer Stanton Welsh`s world premiere Opus X. In 2001 she was invited to join Russian National Ballet and danced with the company until she moved to United States to teach. She toured nationally and abroad, enjoying great success and quickly building a classical repertoire while performing such roles as Odile, the Sugarplum Fairy, Lilac Fairy and Maria Taglioni from Pas de Quatre. Yuliya has worked with notable choreographers such as Trey McIntyre, Ben Stevenson and Alexei Ratmansky. Her repertoire include soloist roles in Swan Lake, Coppelia, Don Quixote, Paquita, Raymonda, Nutcracker, Chopiniana, The Sleeping Beauty, Le Corsaire and others. Ms. Rakova continues to teach as well as stage classical productions and original works around the country and abroad. As an accomplished dancer and experienced teacher, Yuliya Rakova would like to share her knowledge with passion for young dancers.

NICOLE JURADO
Office Assistant/Receptionist
​
​Nicole assists our gymnastics school with everyday office work such as managing the phone, responding to emails, scheduling for try-out classes and private lessons, and interacting with our clients on a daily basis to ensure prompt and quality service. Nicole is familiar with our gymnastic's classes and team programs and can help inform you about our latest schedules and what class might be a good fit for your child. Don't hesitate and stop into our office for more information regarding our gymnastics school or simply to say hello! 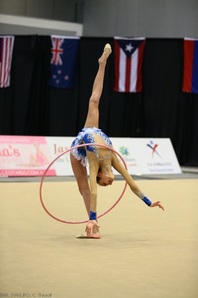 ​ANNA BOYKIS
Rhythmic Gymnastic instructor
• USAG  CERTIFIED  GYMNASTICS INSTRUCTOR
Anna  lead Rhythmic gymnastics classes for kids ages 4-7 years old. Anna is an USA      gymnast who was on Regional Team. She won Regional Championship(clubs), also was on Junior Olympic Team. Anna was a Member Youth Elite Squad . Anna took a first place for hoop routine  in Regional Championship. She is known for her elegant routines and high level of technical difficulty back in her rhythmic gymnastics years. Besides her passion for rhythmic gymnastics, Anna  also known for her love to children and ability to train little ones. She will share her experience with  the young gymnasts!
Copyright © 2013-2020 Acrobatic School of Circus Art Inc , All Rights Reserved.